Carl Eady, friend of Turner and Last and owner of The Partner In Time, reviews Salon QP and finds much to celebrate.

Reasons to be cheerful

Salon QP, the brainchild of James Gurney, Editor in Chief of QP Magazine, is the UK’s premier watch event and firmly established in the horological calendar. Filling the Saatchi Gallery in Kings Road are established brand giants, independent watchmakers, auctioneers, artisans, journalists and of course armies of watch fanatics.

These events play a hugely important role in bringing together the finest talents from every field of horology.  It’s no secret that the industry has its share of challenges.  Overall sustainability, skills shortages and smart technology all provoke lively and sometimes uncomfortable debate, however despite this period of uncertainty there are many reasons to be optimistic.

In a world dominated by Swiss brands, Salon QP 2016 proved to be incredibly positive for British talent. Norfolk based Garrick launched its latest creation ‘The Portsmouth’.  Founders David Brailsford and master watchmaker Simon Michlmayr have collaborated with world renowned watch maker Andreas Strehler to design a new hand wound movement manufactured in Switzerland but designed, assembled and finished in Norwich. Improving on their already high standards, Garrick’s Portsmouth drew a constant stream of interest and enthusiasm at the event.  This is a brand truly growing in respect and reputation on the international stage.

Mike France, the co-founder of Christopher Ward, together with Steve Morris, MD of Morgan Motor Company, shared centre stage to announce a new partnership which derives inspiration from Morgan’s uniquely British designed cars.  The first piece is the ‘Bespoke 3-Wheeler Chronometer’ with more to be announced in Geneva in March.

Nick and Giles English, founders of Henley based Bremont, were sporting their DH-88, a beautiful design honouring the de Havilland ‘Comet’ plane, which won the 1934 MacRobertson Trophy after flying from Suffolk to Melbourne Australia.  A piece of the original spruce plywood from the cabin has been incorporated into the movements rotor to add authenticity. 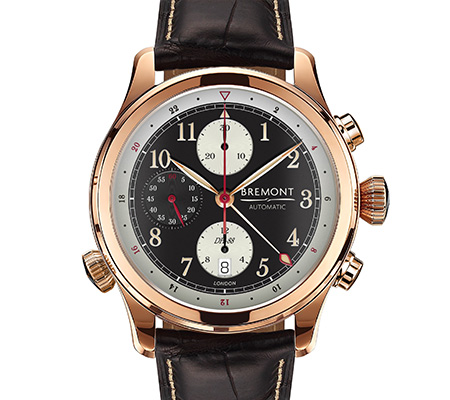 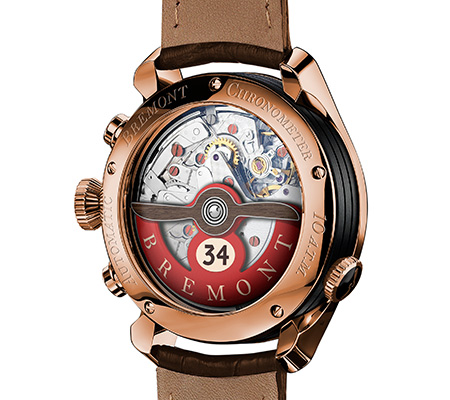 Watchmaker Robert Loomes unveiled the simple yet elegant ‘Stamford’, with an entirely British-made watch movement and case from their base in Lincolnshire.

British superstar watchmaker Stephen Forsey is a co-founder of the Time Aeon foundation, formed to safeguard the finest horological skills and techniques for future generations. In a Salon QP seminar dedicated to addressing a worrying skills shortage, Forsey, together with Urwerk’s Felix Baumgartner, discussed with Roger Smith the challenges faced by budding watchmakers.  Smith of course being the most celebrated British watch making apprentice after his famed association with the late George Daniels.

Travel and watches were celebrated by the ‘Travels in Time’ exhibition, supported by brands such as Bulgari, Chopard, Seiko and Faberge.   Two of the ‘larger brands’ who exhibited at Salon QP were Chopard and Mont Blanc and both displayed very recent additions in this category. Chopard’s ‘Time Traveller One’ arguably the more stylish with wonderfully vintage inspired looks. Not to be outdone Mont Blanc produced a show exclusive of their ‘Orbis Terrarum’, limited to just five pieces and all sporting a Union Flag motif on the dial estate. Within an hour of opening its doors to the press three of them had already been snapped up.

What is very clear is that the vintage market has never been more attractive.  Auctioneers Fellows, and Mayfair based ‘The Watch Club’ both exhibited, delighting in the enthusiasm of the Salon QP visitors. Record auction prices for Patek Philippe and Rolex undoubtedly attract the headlines, however increasing values for vintage Heuer, Omega, Cartier and numerous others are keeping a healthy buoyancy to the market.  Vintage expert and Director at Fellows, Adrian Hailwood, delights in finding vintage ‘treasures’ to auction at very varied prices and was conveying an equal passion for an entry level vintage Seiko World Timer as for a more ‘headline grabbing’ Daytona.

Artisans and craftsmen had their amazing talents on display for close inspection through a  Metiers d’art exhibition curated by Elizabeth Doerr.  The Ateliers d’Art collections on display from Jacquet Droz are truly exquisite and one of their incredible artists painted enamel dials purely by hand under a microscope for delighted audiences.

A.Lange and Söhne were engraving the most intricate decorations (again under a microscope) to highlight the bespoke possibilities available to their discerning customers. Movement assembly from Mont Blanc gave visitors an insight of the skills required when working on a multiple complication ‘Villaret’ watch, fine detail indeed.

Canadian James Thompson of Black Badger perhaps had the most unique display in the show with his dimly lit Lume Room.  Working alone out of his workshop in Sweden, his jewellery creations combine less traditional materials with his highly luminescent ‘solid form’ compound AGT ULTRA to create truly unique pieces. His skills and recent horology ventures with Bell and Ross and Sarpeneva came to the attention of horological mastermind Max Büsser (MB&F) and resulted in Black Badger versions of the extraordinary HM6 creations.  There’s a sense that for an industry with such time old traditions, we are in a golden age of modern creativity and that influences from other industries are fuelling it.

With hundreds of exceptional timepieces on display, it is near on impossible to choose a favourite.  Armin Strom’s Resonance Fire is however the watch that flashes back to me every time I think of Salon QP 2016.  With an in-house hand wound movement, designed on the principle of synchronized motion it is truly mesmerising. Using two independent mainsprings, gear trains, escapements and balances, linked by a resonance clutch spring, the balances find a concurrent rhythm thereby maximising the movements accuracy.  All housed within a beautiful rose gold case one can be yours for a mere £61500.

The greatest charm of Salon QP is that true watch fans can connect directly to watchmakers and brand owners and of course try on amazing timepieces, which in a retail environment could create uncomfortable levels of intimidation.  As a showcase for some of the greatest independent brands and for those with an interest in all things horology Salon QP remains a fascinating annual destination. What will next year bring…?

From pocket to wrist